I really shouldn’t be telling you this…

But I work as a double-agent, spying on big money flow to help retail traders profit.

I like to look for 5-digit call/put moves, consider what other triggers could affect big money moves, evaluate the flow, and then decide how to either replicate it – or find an even better move.

Check out why big money flow is so profitable.

Here’s some big money flow I saw in CHPT recently:

This trader bought and sold 20,000 puts in CHPT – making $0.64 profit on each, THEN they doubled-down, buying another 20,000 puts that they think could give a similar return.

I pulled up CHPT in my proprietary asymmetric trading software – wallstreet.io.

So, I walked through a couple different ways you might play it…

I also recently did a Portfolio Repair Crash Course…

Which included tips to help traders protect their portfolio during the bear market.

And that just so happened to coincide with this big money play I saw in NLOK:

This trader sold stock, but then bought puts, and sold calls to emulate owning stock or going “long.” 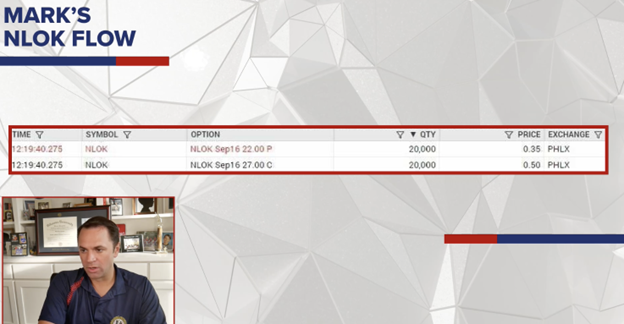 Here’s what the trade looked like if you mapped it out: 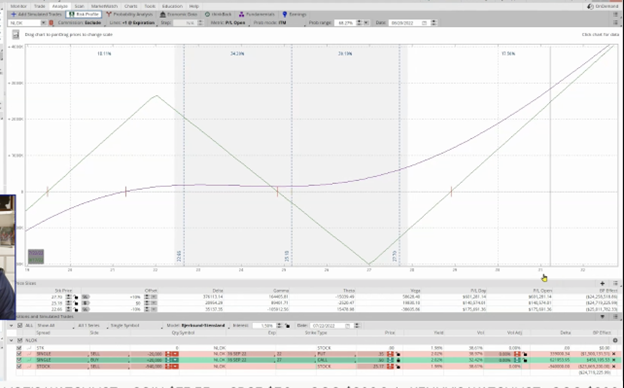 It is still a bullish play, but without the risk of holding the stock.

This trader wants to see a strong move higher.

And if the stock were to go to the downside, they don’t lose until it hits $20.

Even though they dumped stock, they are expecting a higher move that will cover any losses from the stock.

They still want to participate if the stock takes off – and they are confident it will.

Using simple call and put trades for $300 or less.

Following SMART big money plays has been the most consistent way I’ve been able to profit in this bear market.

And I’d love to share this opportunity with you.