I really shouldn’t be telling you this…

But I work as a double-agent, spying on big money flow to help retail traders profit.

I like to look for 5-digit call/put moves, consider what other triggers could affect big money moves, evaluate the flow, and then decide how to either replicate it – or find an even better move.

Here’s some big money flow I saw in CHPT:

This trader bought and sold 20,000 puts in CHPT – making $0.64 profit on each, THEN they doubled-down, buying another 20,000 puts that they think could give a similar return.

I pulled up CHPT in my proprietary asymmetric trading software – wallstreet.io. 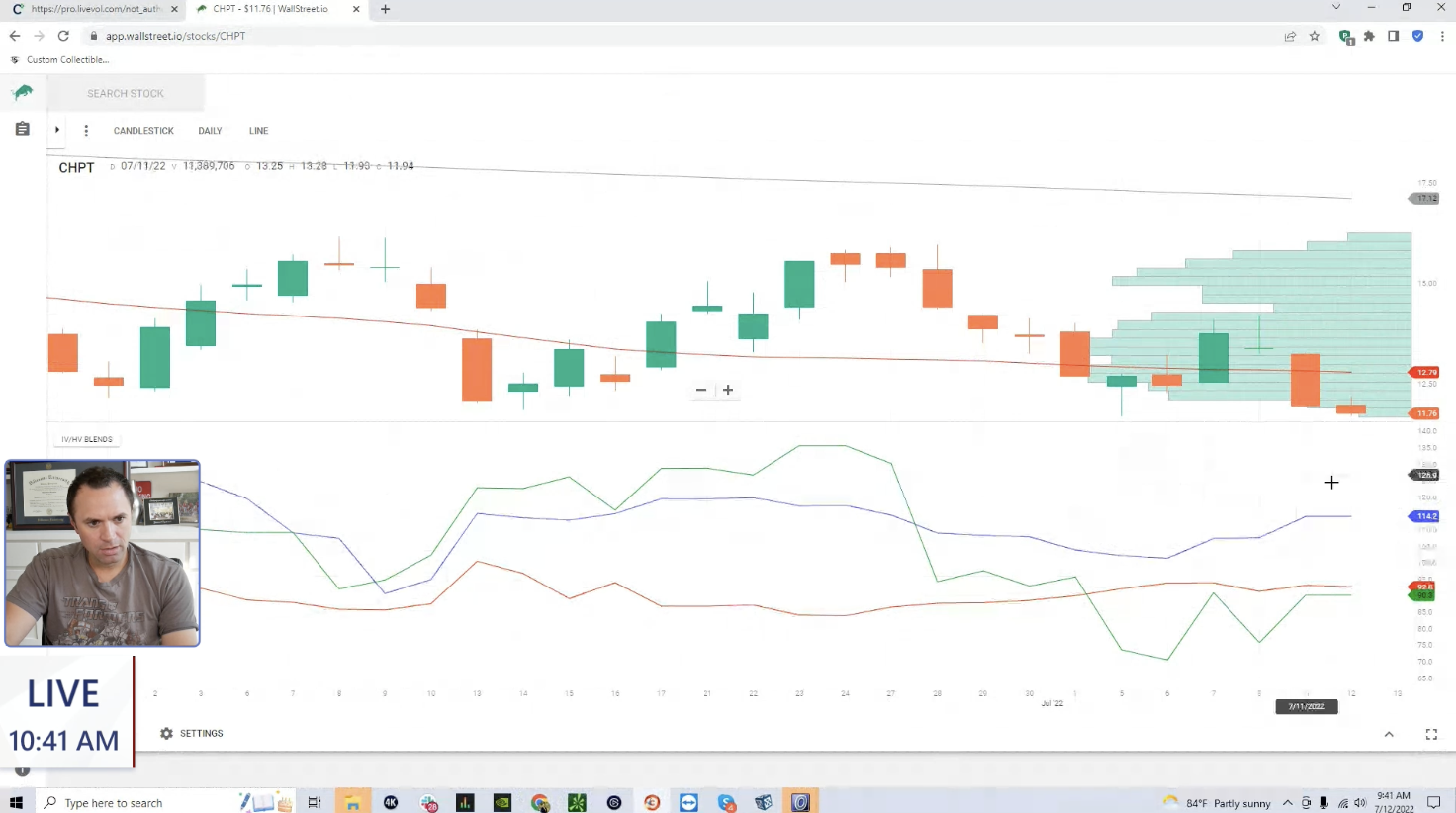 So, I walked through a couple different ways you might play it…